Bolts specifically refer to screws with a larger diameter, and they can also have no heads, such as stud bolts. Generally, it is not called a "stud bolt" but a "double stud". The most commonly used form of double-ended studs has threads at both ends and a polished rod in the middle. The most typical use: anchor bolts, or places similar to anchor bolts, thick connections, when ordinary bolts cannot be achieved.

1. It is used in large-scale equipment that requires installation accessories, such as sight glasses and mechanical seal seats,Deceleration frame, etc. At this time, stud bolts are used, one end is screwed into the main body, and the other end is fitted with a nut after the attachment is installed. Since the attachment is often removed, the thread will be worn or damaged. It is very convenient to use the stud replacement. 2. When the thickness of the connecting body is large and the bolt length is very long, stud bolts will be used. 3. It is used to connect thick plates and places where it is inconvenient to use hexagon bolts, such as concrete roof truss, roof beam suspension monorail beam suspension, etc.

2. When the thickness of the connecting body is large and the bolt length is very long, stud bolts will be used.

3. It is used to connect thick plates and places where it is inconvenient to use hexagon bolts, such as concrete roof truss, roof beam suspension monorail beam suspension, etc.

In actual work, external loads such as vibration, change, and high-temperature creep of the material will reduce the friction. The positive pressure in the thread pair disappears at a certain moment, and the friction force is zero, thereby loosening the threaded connection. If repeated action, the threaded connection It will relax and fail. Therefore, it is necessary to prevent loosening, otherwise it will affect normal work and cause accidents.

Stud bolts are manufactured in accordance with the GB897-GB901 standard. The materials used are: Q235, 45#, 40Cr, 35CrMoA, Q345D, the specifications are: M3mm-M100mm, and the length can be customized according to user needs. High-strength stud bolts with materials 35#, 45#, 35CrMoA, 25Cr2MoV, 304, 316, 304L, 316L, 2H, 2HM, B7, B7M, B16, B8, 8, B8M, 8M, widely used in electric power, chemical industry , Oil refining, valves, railways, bridges, steel structures, automobile and motorcycle accessories and other fields. Stud bolt function: generally used in mining machinery, bridges, automobiles, motorcycles, boiler steel structures, crane towers, large-span steel structures and large buildings, etc. . Stud bolt representation method: general stud bolt is expressed as: M12×100 GB 901-88 (standard) 35#/35# (material) 8.8 level/8 (modulation level) meaning: diameter = 12mm length = The 100mm GB 901-88 adopts the national standard (of course, industry standards can also be used as needed). Stud bolt standard: GB 900-1988 Stud bolt introduction Stud bolt saves time and cost. All stud bolt structures do not require drilling. The steps of punching, threading, riveting, screwing and finishing have continuously expanded the application potential of structural design, high current and small penetration. Therefore, it can be welded to very thin plates. The workpiece for stud welding must be welded from one side.It can be welded in all positions and can be restricted by means of an extender on a vertical partition. Since it is welded in a short time and there is little deformation after welding, no trimming is required. Because the welded structure does not require drilling, it will not cause leakage. The joint can reach very high strength, that is, the joint strength of stud welding is greater than the strength of the stud itself. How to install stud bolts is economical. The advantage of other welding methods lies in the welding power. For mass-produced workpieces, standard studs are low-cost. There are many types of equipment and welding guns, and the purchase cost of equipment is relatively low. According to the product, it can be made into a multi-station automatic welding machine, or a high-precision gantry CNC automatic welding machine. Stud welding has a higher quality reproduction rate and a lower rejection rate. However, in the application of stud welding, attention should be paid to other fusion welding, which has a certain limit on the carbon content in steel. For structural steel studs, weld according to the weldability of the recommended stud material and base material combination, otherwise the stud There will be infusibility with the base metal. The combination of stud materials and base materials outside the recommended range shall be tested to determine the weldability and the product design requirements of anchor bolts for relevant inspection and evaluation possibilities.

Stud bolts generally need to undergo surface treatment. There are many types of bolt surface treatments. Commonly used are electroplating, blackening, oxidation, phosphating, and non-electrolytic zinc coating treatment. However, electroplated fasteners occupies a large proportion in the actual use of fasteners. It is especially widely used in industries and fields such as automobiles, tractors, home appliances, instrumentation, aerospace, and communications. However, for threaded fasteners, not only a certain anti-corrosion ability is required in use, but also the interchangeability of threads must be guaranteed, which can also be referred to as screwability here. In order to simultaneously meet the dual use performance of "anti-corrosion" and "interchangeability" required by threaded fasteners in use, it is very necessary to formulate special plating standards.

The production of stud bolts requires fixed equipment and machine tool processing. Of course, the processing procedure is relatively simple. There are mainly the following procedures: first, the material needs to be drawn, which is to straighten the distorted material with a drawing machine. After this process, the next process can be carried out. The next process is to use a cutting machine to cut the straightened long material into the length required by the customer. This completes the second process. The third process is Put the cut short material on the thread rolling machine to roll out the thread; here the ordinary stud bolts are processed, of course, if other requirements are required, other processes are needed.

The commonly known bolt refers to a screw with a larger diameter. According to this statement, a screw has a much smaller diameter than a bolt. Stud bolts do not have a head, and some are called studs. Both ends of the stud bolt are threaded, without thread in the middle, and a polished rod in the middle. Stud bolts are used on large equipment such as reduction racks. In actual use, the external load will vibrate and the influence of temperature will cause the friction to become smaller, and the threaded connection will relax and fail over time. Therefore, it is necessary to do the maintenance of the stud bolts in normal times. Stud bolts or anchor bolts will have problems under the action of mechanical friction for a long time. When there is a problem, the engine oil pan should be removed, and the use of the engine bearing bushes should be carefully checked, and the gap between the bearing bushes should be checked. Whether it is too large, if the gap is too large, replace it in time. When replacing the stud bolts, also replace the connecting rod bolts. Some large equipment such as nail making machines should be stopped in time for inspection if they find that the engine is not running very stably or abnormal noise occurs during normal operation to avoid bigger problems.

During each maintenance, the newly replaced stud bolts and other newly replaced accessories must be checked. The focus of the inspection is on the head and the guide part of the stud bolt, and the thread must be strictly checked for each part No cracks or dents, but also check the tooth shape of the stud to see if there is any change. Whether there is any abnormality in the pitch, if there is any abnormality, it must not be used again. The torque wrench should be used when installing the connecting rod cover. Must be tightened in accordance with the prescribed standards, the torque cannot be too large or too small, but also pay attention to choose the stud bolts and studs of the supporting manufacturer. 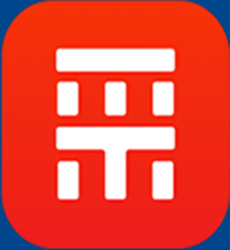